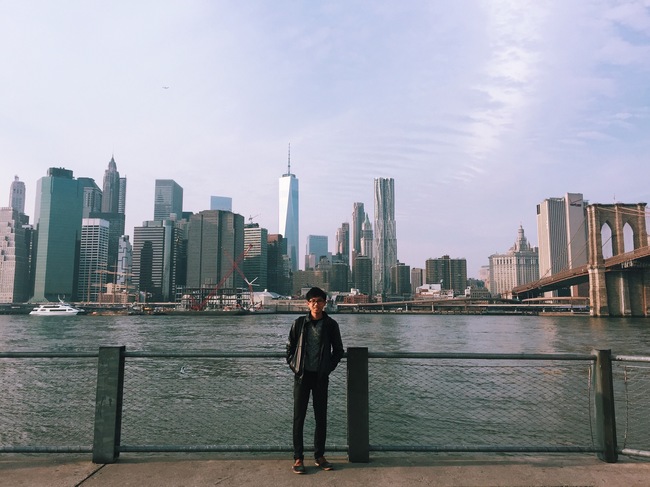 It’s been more than two years since my last (and also first) post here on my blog. Plenty of things have changed tremendously over the past two years: I’m now based in Silicon Valley, pursuing a computer science degree at one of the most prestigious community college in California; meanwhile, my technical skills have overtaken my entrepreneurial mindset due to my constant exposure to the latest and greatest technologies and frameworks; I took on the role of a (senior) English tutor in my college, where I bring my editorial and writing skills gained from my past websites to help students and new tutors; and I’ve met a bunch of cool and interesting people, whom I get to learn new knowledge from everyday. It doesn’t seem a lot, but these few points are sufficient enough to change my life from top to bottom in two years’ time.

A year ago, I was the front-end web developer who only knows HTML and CSS. After participating in my first hackathon at the recommendation of an acquaintance from Boston who visited the Bay Area, I started attending more and picked up several groundbreaking technologies along the way. With technologies like Node.js and Angular.js, I’m rapidly evolving into a JavaScript developer. My recent web development projects are powered by both technologies, while I use JavaScript to develop applications across several platforms, such as Pebble (using Pebble.js) and iOS + Android (using Ionic). 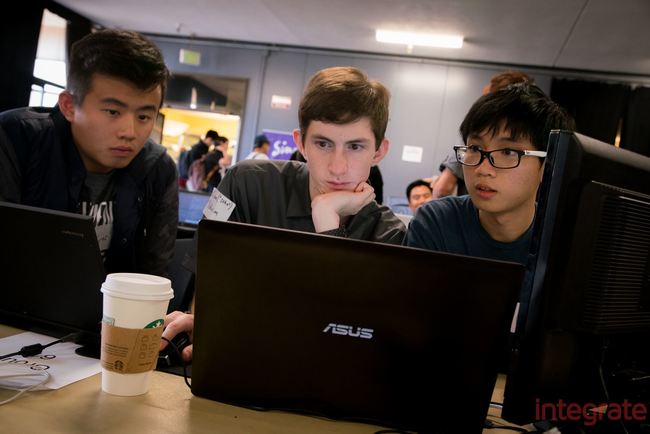 Cyrus, Can, and I trying to figure things out at a hackathon, as evident from my frustrated face.

To me, the first few hackathons are more about adapting to the “hacker culture” and learning new technology to do rapid prototyping. It wasn’t until the fourth or fifth hackathon I attended that I’m really creating something usable or presentable. 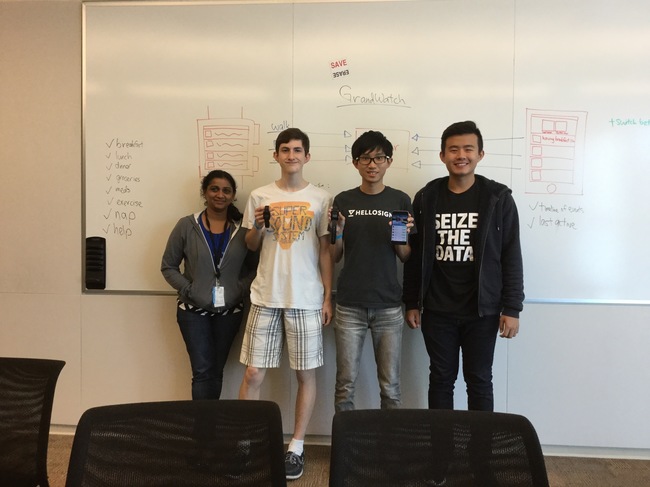 We learned to plan beforehand and have a fully working, mobile + wearable prototype! We had a close chance of being finalists, but still isn’t cutting edge enough.

By then, I developed a fair amount of knowledge on the technology stacks available and ways to implement hackathon sponsors’ API. I finally got lucky on my 9th hackathon, where I won a prize after developing a Chrome extension that allows users to reverse lookup any image on the Internet, suggests the location, and displays a calendar with prices to the said destination, which the user can seamlessly continue to book their flight. 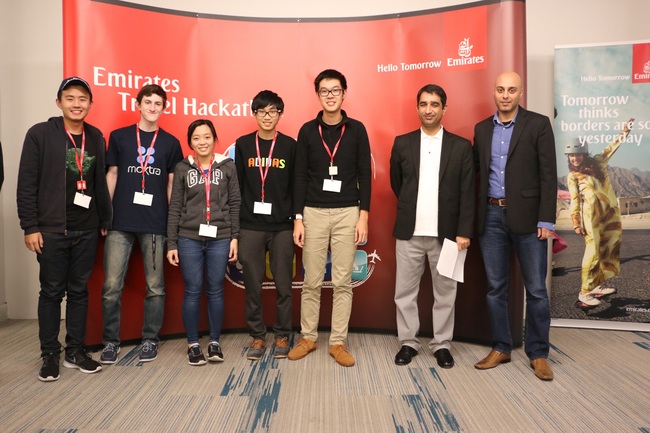 Photo moment with Emirates Airlines executives on the stage upon receiving our prize.

Things are just getting started. I got accepted and will be participating in TreeHacks – Stanford University’s national hackathon – and I am really looking forward to it. In the meantime, I’m also working on some education-related projects to make life easier for students across the world.

Well, I guess it’s a good time to sign off. I hope to write more often, so be sure to check back (hope it won’t be another two years!).

From Wordpress To Svbtle

I have been a huge fan of Dustin Curtis’s Svbtle since the first time I saw it in action. Being a fan of minimalism myself, this publishing platform absolutely caught my eye, and I subsequently applied to be part of the network. However,... Continue →